Rexash is run by me, Simon Hesselberg, and I provide consultancy services in relation to the Deaf World and British Sign Language from my base in Shoreham-by-Sea, Sussex.

I have 40 years experience of the Deaf world both in the UK and internationally, and until recently was Head of Community Development Team at the Royal Association for Deaf people, covering London and Southeast of England, working with the Deaf communities, Deaf Centres and Deaf clubs.

My work involves teaching and assessing in British Sign Language (to interpreter level), providing support and mentoring, and representation with respect to UK Disability benefits and allowances. 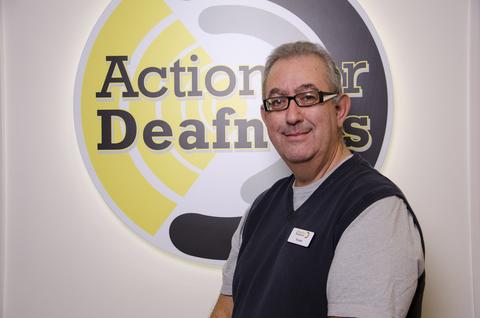 I was born in Sussex, and then moved to Birmingham where I grew up and attended Braidwood School for the Deaf which was an oral school and signing was not allowed!

After I left school I worked for Birmingham City Council for 17 years, and then moved to London where I was the Community Officer for Brent Deaf Peoples Group till 2004. From 2005 to 2011 I worked for RAD.

I started teaching BSL in 1971 with Breakthrough Trust (DeafPLUS now) and taught at all levels from Stage 1 to interpreter level. I also taught at degree level at University of Wolverhampton 1991 to 1994 and the NVQ system at University of Sussex 1999 to 2007. Since 2007, I retired from teaching all together!

I have been in the Deaf world since 1971 and attended many conferences, congresses, and seminars. Also I have considerable working experiences in Deaf world exhibitions such as Deaf Day at the City Lit for the past 10 years. I have presented papers at the World Federation for Deaf people at their congresses at Vienna (1995), Brisbane (1999), Montreal (2003) and Madrid (2007).

Cookies help us deliver our services. By using our services, you agree to our use of cookies. More Info | Close